Why are Children Suspended from School Being Sent to Jail—and What Can Parents Do?

TULSA, Oklahoma. According to ProPublica, in the last 30 years, school law enforcement budgets have grown, student suspensions have grown, and the number of students being sent to jail has increased. Critics claim that the school justice system creates disparities between students of color and white students. Black students are four times more likely to be suspended and two times more likely to be arrested. Many claim that these disparities in behavioral enforcement lead to a school-to-prison pipeline. The disparity begins when children are younger, with black children more likely to receive discipline for normal behaviors over white children. 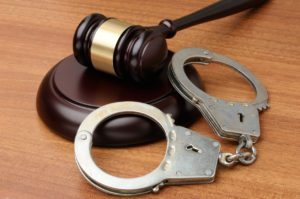 To make matters worse, children who get into school fights can be issued misdemeanor tickets. This can require them to appear in adult court and pay high fines, in addition to serving community service hours. Latino and black students were far more likely to be issued these citations than white students.

So, what can parents do if they feel that their children are being unfairly singled-out or discriminated against in their public school or are facing criminal charges? First, it is important to take disciplinary actions seriously, especially actions that can have criminal justice implications for the child. Some parents are reaching out to the NAACP. Others are reaching out to qualified criminal defense lawyers. The Henson Law Firm, P.L.L.C. is a Tulsa, Oklahoma criminal defense lawyer who works with individuals facing a range of criminal charges, from minor to serious.

According to NBC News, black, brown, and native American children are often punished more harshly than their white and wealthy peers. Children as young as 5 years old have reportedly been escorted out of the classroom in handcuffs. Children who receive criminal citations might find themselves being sent to alternative schools where the instruction may not be the same quality as their former school. Children may also find themselves pigeonholed as “troublemakers” by peers and teachers. One violation can begin a negative cycle.

White and wealthier children may have the added advantage that their parents can successfully fight the system. They can hire defense lawyers and take their children’s case to the highest rungs of the justice system. When parents in this position disagree with administrators, they always have the option of enrolling their children in private schools.

If your child is facing criminal charges, it is important to take them seriously. The Henson Law Firm, P.L.L.C. is a Tulsa, Oklahoma criminal defense law firm that works closely with families facing legal challenges. Many believe that criminal justice in education is the next major civil rights issue, with the potential implications for young Americans being quite serious and consequential.

Attorneys and Counselors at Law