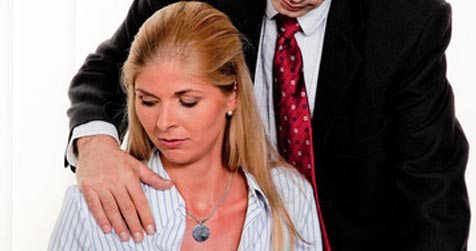 A sex crime allegation is one of the most devastating criminal charges a person can face. The mere accusation is enough to permanently alter or ruin a person’s career, family, and life, to say nothing of the possibility of incarceration and sex offender registration. Sex crimes are considered to be some of the most horrendous and deplorable crimes committed today. Further, sex crime charges can be easily fabricated and prosecutions can go forward with little or no physical evidence. If you or a loved one has been charged with an Oklahoma sex crime, you need to hire experienced Tulsa sex crimes lawyer Rob Henson immediately. The sooner you hire a sex crimes defense attorney, the sooner you can begin aggressively fighting the charges and start clearing your name.

A sex crime is defined as an unlawful sexual act committed against another person without his or her consent. Depending upon the crime and the age of the alleged victim, even what an individual believes is a consensual sex act can be prosecuted as a crime. Tulsa sex crimes attorney Rob Henson defends people in the Tulsa area and throughout Oklahoma against the following sex crimes:

► Failure to Register as a Sex Offender

► Lewd Proposal to a Minor

Convictions for sex crimes in Oklahoma have drastic, life-altering consequences, including long prison sentences, substantial fines, restitution, behavioral modification therapy, post-imprisonment supervision, and sex offender registration. Many Oklahoma sex crimes require a convicted offender to register for life. This means severely curtailed economic and financial opportunities, as well as restrictions on where a convicted offender may live. Under Oklahoma criminal law, a convicted offender cannot live within 2,000 feet of a school, educational institution, playground, park or day care facility. If you or a loved one have charged with a sex crime, Tulsa sex crimes lawyer Rob Henson can begin investigating your case and mounting an aggressive defense against the charges.

A conviction for an Oklahoma sex crime will change and alter your life and the lives of everyone around you, especially family members. Your children’s friends will know. Your children’s teachers will know. Your neighbors will know. Your community will know. No area of criminal law has more wrongfully convicted people than sex crimes. It is critical you do everything at your disposal to attack sex crime allegations. An aggressive sex crimes defense requires specific defense strategies coupled with intensive trial preparation. This is not an area of the law where you hire a general practice attorney. Tulsa sex crimes defense attorney Rob V. Henson has proven experience in criminal defense and has represented numerous individuals accused of sex crimes. Mr. Henson is committed to mounting an aggressive and compelling case in order to obtain a favorable result for his clients.

Accused of a sex crime?