TULSA, Oklahoma. The Trump administration recently announced that it would call for capital punishment for some drug dealers. Attorney General Sessions recently released a memo offering guidance for prosecutors regarding the use of the death penalty in certain drug charges. 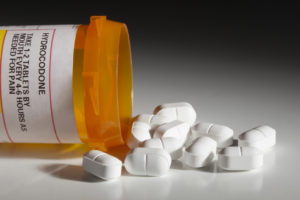 The Trump administration and Sessions claim that these measures will stem the tide of the opioid epidemic. According to the memo, in 2016, 64,000 Americans died due to drug overdoses. Drug overdoses are the leading cause of death in Americans under age 50.

Attorney General Sessions’ memo is quick to put the blame on drug traffickers, criminal organizations, and violent street gangs. As part of the memo, attorneys would be permitted to seek capital punishment in “appropriate cases.” Under the law, racketeering, use of a firearm resulting in death or murder to further drug trafficking, or dealing large quantities of drugs can all place individuals within the scope of the memo. What constitutes an extremely large quantity of drugs? That remains unclear.

The Atlantic claims that Trump’s new drug policies will harm communities of color while not necessarily reducing the number of opioid-related deaths. After all, individuals die from overdoses because they are addicted to drugs. They use these drugs often because they were initially prescribed the drugs legally. While the administration has put some programs in place to address addiction, this new focus on the criminal side of the problem could make things worse from a criminal justice standpoint.

During the Reagan administration, the death penalty was permitted in certain circumstances for drug charges. Individuals who led large drug trafficking organizations could face capital punishment as could people who committed murder while dealing drugs.

Will people who are caught dealing drugs really face the death penalty? The reality is that such a case would be hard to move forward. Yet, the Atlantic claims that the rhetoric can do some serious damage at the state and local level. By bringing public opinion in line with the idea that drug dealers should face the most serious of all punishments the criminal justice system can provide, it could also sway juries and the public when they consider punishment for smaller time drug crimes in their local communities.

For example, some states have been pursuing murder charges against drug dealers for “drug-induced homicide.” Yet, the clear-cut idea that there are drug dealers who are criminals and drug-users who are victims is just plain wrong. Family members may circulate opioids around. Friends may share drugs. At the end of the day, the old idea of violent street gangs promoting the opioid crisis is dead. These days, it’s the pharmacy and maybe a relative’s purse.

The issues are complex. The Henson Law Firm, P.L.L.C. are Oklahoma drug crime lawyers who work closely with individuals facing criminal charges. Our firm understands that the solutions being proposed can have an effect on individuals facing drug crime charges on the local level. Whatever your charges, it is important to take them seriously and to understand that you are innocent until proven guilty. Contact us at https://myoklahomadefenselawyer.com/ today to learn more.

Attorneys and Counselors at Law