TULSA, Oklahoma. When it comes to justice in America, whether you go to jail or not has a lot to do with whether you can afford to pay for a criminal defense lawyer. According to MV, the disparity in representation can be seen in the case of two men who were accused of a crime. One man who could afford a criminal defense lawyer was able to get his charges dropped. The other man was appointed a public defender and he plead guilty to grand theft. He received four years’ probation, but ended up in jail when he violated probation. When the man reviewed his lawyer’s actions, he was able to appeal his case: he was able to show that his lawyer had failed to inform him of his rights, had failed to object to prejudicial information that was presented to the court, and had failed to present evidence that could have protected him from the sentencing he received. 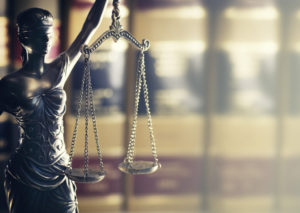 Public defenders are hard-working lawyers. They have to be. Their case loads are high. They are not paid well. In fact, Boise State University research discovered that Idaho public defenders had only, on average, 4 hours to spend on each felony case. The attorneys themselves said they needed at least 38 hours to provide quality representation. Criminal defense experts estimated the time even longer, saying that attorneys should set aside at least 65 hours. This means that public defenders only get 1/16th of the time they need to defend clients.

Individuals who are facing criminal charges have the right to be appointed a public defender. However, these individuals may not be aware that their public defender may only have minutes to hours to review their case. In many cases, individuals are advised to take a plea deal. A plea deal can require fewer hours to defend because clients avoid going to trial. Yet, even a plea deal case should require the lawyer to perform thorough investigations. When lawyers take the time to investigate a case, they can often evaluate the strength of the prosecution’s evidence. If the evidence isn’t strong, the deal lawyers can get for their clients can sometimes even involve eventual expungement of the charges.

While a plea deal may seem like a good idea if a person is facing years behind bars, a plea deal is not good if a person is, in fact, innocent. Innocent individuals who take plea deals end up with criminal records, which can impact their lives and their livelihoods for years to come.

While some states are increasing their budgets, other states are trying to slash their costs. According to the New York Times, one criminal defense lawyer in Texas said he was removed from cases because a judge said he was working too hard on them.

The news about public defenders is disturbing because 4 out of 5 criminal defendants in the U.S. may need to use public defenders. If you are facing charges in Tulsa, Oklahoma, it is important to consider what kind of criminal defense you’ll have on your case. The Henson Law Firm, P.L.L.C. are criminal defense lawyers who work closely with clients in Tulsa, Oklahoma. We can take the time to review your case and help you understand the full legal options available to you under the law. Visit us at https://myoklahomadefenselawyer.com/.