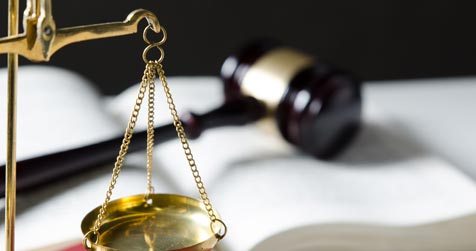 A protective order, also called a restraining order, is a court order prohibiting any type of contact between the alleged victim, also called the petitioner, who filed the order for protection, and the subject of the protective order, the defendant. Prohibited contact includes personal interaction such as talking face-to-face, phone calls, or being within a certain distance of the person. Prohibited contact also includes non-personal interaction such as writing letters, or electronic communication such as texts, emails, or Facebook postings.

An alleged victim of domestic abuse, stalking, harassment, or rape can file a petition for a protective order and request an Emergency Protective Order from the court. On the same day that the petition is filed, the court will hold an ex parte hearing where the alleged victim will testify before a judge about why he or she believes a temporary emergency protective order should be issued. Ex parte means the defendant is not allowed to be present at that particular hearing. If the temporary emergency order is granted, then it has to be served upon the defendant by the county sheriff’s office. Unfortunately, most protective orders are issued based upon very little evidence. It does not take much more than an alleged victim stating that he or she has been threatened or harassed by the defendant to have a protective order issued. Once the defendant is served with the order, a court hearing will be held to determine if the temporary order should be dismissed or converted into a permanent order. A Tulsa protective order defense attorney can help you fight for your rights and represent you at all of your court hearings.

If you have been served with notice of a protective order hearing or if a temporary protective order has been issued against you, it is important that you contact a Tulsa protective order defense lawyer
as soon as possible. Do not ignore the notice of hearing! If you have been served with the order and you fail to appear in court, the temporary order will automatically be converted into a permanent order against you. A protective order can severely disrupt your life and we understand how frustrating it can be to be the subject of such an order. The order may prevent you from seeing your children or other loved ones, and it can have other serious consequences on your employment or professional licenses. A permanent protective order will also prevent you from possessing a firearm, even a rifle or shotgun for recreational hunting. A violation of the order, even an unintentional violation, can be a misdemeanor. A subsequent violation of the order can be charged as a felony. Contact a Tulsa criminal defense attorney at the Henson Law Firm to ensure you are not subject to an unjust protective order.