TULSA, Oklahoma. If you’ve been charged with a crime, your first move should be to reach out to a criminal defense lawyer in Tulsa, Oklahoma. As the Henson Law Firm, P.L.L.C. will tell you from its years of providing leading criminal defense for clients facing drug crimes or theft crime charges, having a lawyer on your side can make a huge difference in the outcome of your case. 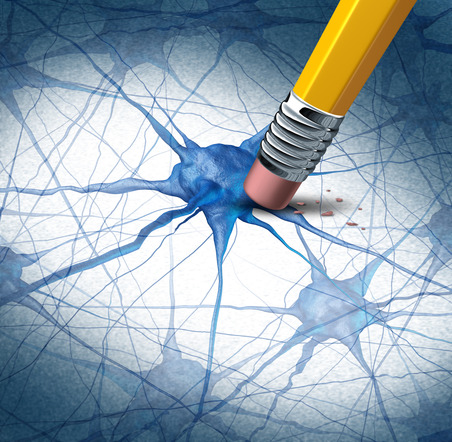 Brain disease dementia problems with loss of memory function for alzheimers as a medical health care icon of neurology and mental illness as a pencil erasing neuron cells from the human anatomy.

There are many common defenses for drug charges or theft charges. Your lawyer will investigate whether the police followed proper legal procedure and protocols. For example, did the police read you your Miranda warning? Did the police have just cause to stop you in the first place or were the police profiling? Your attorney will also review the evidence that has been gathered against you and weigh the strength or weaknesses of the evidence. In most cases, these techniques are sufficient.

Yet, sometimes, clients need a little more. Scientific American recently reported on a case where a man faced drug charges and a judge ordered that the man have an MRI performed. Why would anyone want to do this?

According to Scientific American, more criminal defense lawyers are using psychological testing, MRI scans, and neurological examinations to explain the medical causes of their client’s behavior. For example, traumatic brain injury or certain disorders can impact and change a person’s behavior. Courts might show leniency to a person who has had a clean record, but whose behavior recently changed due to a traumatic brain injury. While neurological tests were more commonly used to help clients facing serious criminal charges, these tests have become so widely available that they are now being used by criminal defense lawyers protecting clients facing theft and drug charges.

How might a traumatic brain injury impact sentencing or conviction? According to the Mayo Clinic, a brain injury can result in sensory changes, sensitivity to light and sound, memory problems, mood changes, and sleep problems. Let’s say a person is charged with theft. The person has a clean criminal record, has never stolen in his or her life, and is otherwise an upstanding citizen. If a criminal defense attorney can show that the theft was the result of a memory lapse before leaving the store due to a recent traumatic brain injury, a jury or judge just might be more likely to show lenience.

In recent years, there has been a great movement to rehabilitate individuals facing criminal charges. After all, if your brain injury is the cause of your behavior, then you might benefit from medical treatment and community support rather than facing jail time.

The Henson Law Firm, P.L.L.C. is a criminal defense attorney in Tulsa, Oklahoma who works closely with individuals facing criminal charges. If you are facing charges for drug crimes or theft, you may have options, especially if your lawyer can show that there may have been a medical cause for your behavior. Remember, you are innocent until proven guilty.